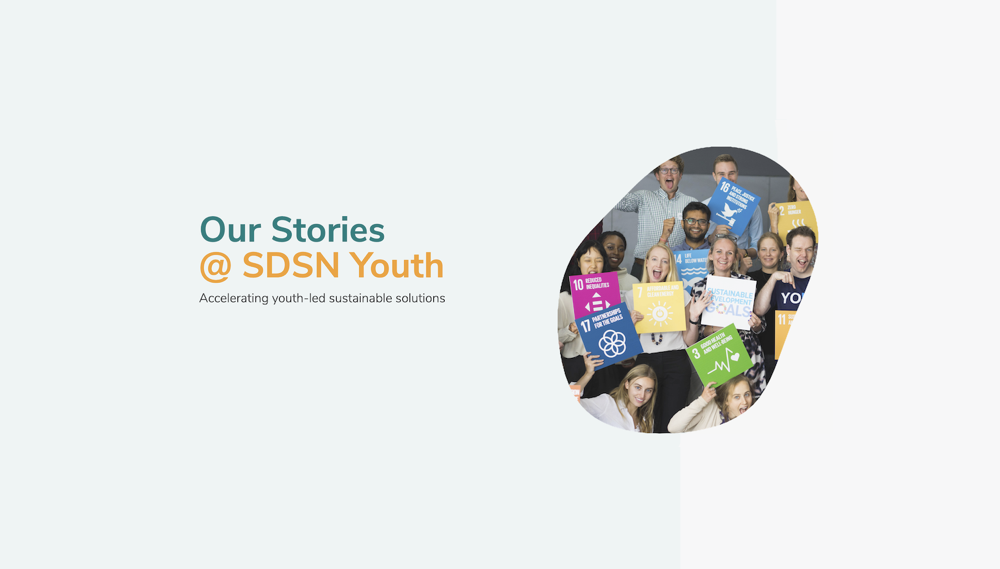 In Singapore, UNLEASH successfully convened 1000 change-makers to build solutions towards the SDGs. Teams pitched their solutions to experts, mentors, and peers and then showcased their answers to the public. Creating an ecosystem to support innovation will lead to scaling of implementable solutions that will critically address the global challenges around SDG 7 as showcased by UNLEASH 2018!

In Singapore, this year, UNLEASH successfully convened 1000 change-makers from across 100 countries to build solutions towards the UN Sustainable Development Goals in thematic areas ranging from Zero Hunger, Universal Healthcare, Quality Education, Clean Water, Sustainable Cities, Responsible Supply Chain, Climate Action, to Sustainable Energy. The lab was facilitated by 100+ facilitators which included sustainability experts, entrepreneurs, policymakers, youth advocates and several design thinking consultants. As a Facilitator nominated from UN SDSN Youth for SDG 7 in the 8-day program, it was exciting to see the talents start their journey with the four-day Innovation Lab held at NUS and NTU where teams were formed to work on solutions within their areas of expertise.

SDG 7 focuses on affordable access to modern energy to be based on the principle of reliability, central to addressing that climate change resilience will require effective action towards adapting energy systems to be sustainable. Much of the modern society has been transformed due to its ability to harness the potential of energy sources. There is a direct correlation between people without access to modern energy sources and the population living below or marginally above the poverty line, which is evident from the concentration of such population in regions of Africa and Asia. Understanding the importance of this lag, we named our group “Power to the People” on Day 1.

SDG 7 draws linkages with other SDGs as it targets at increasing the share of renewable energy in the global energy mix and doubling the global rate of improvement in energy efficiency to provide significant support towards achieving the climate goals under the Paris Agreement. The share of renewable energy in the world’s total final energy consumption increased from 17.9 percent in 2012 to 18.3 percent in 2014. In alignment to this, the gold winner for Sustainable Energy Theme was ElecTrack, which used end to end blockchain to enable tracking of electricity from the point of generation to the point of consumption. Peter, a team member, elaborated “ElecTrack will generate value for renewable electricity retailers on the marketplace by allowing them to provide trusted and customized electricity plans for people who are interested in investing in more sustainable energy.”

On June 5, the talent teams pitched their solutions to experts, mentors, and peers and then showcased their answers to the public at the marketplace, which was alongside Ecosperity, Temasek’s annual sustainability-focused conference at Suntec Convention Centre. UNLEASH was all about the process instead of a competition which was very well reflected by several hardworking teams which had developed great bonds over the short and intense incubation lab. One such team was “BlueSky” which aimed at making energy personal and had Shuoxun, Christopher, Jose, and Yusuf as team members. With a vision -to make customers see their unique energy Fingerprint to reduce their Environmental Footprint, they understood that neither of the SDG 7 targets is mutually exclusive and efforts need to supplement each other. They believed that different sectors including industry, residential and transportation would need robust policies across the globe to achieve SDG 7.

It is well known that energy access can significantly enhance human well-being through poverty reduction by fostering a robust economy, improving agricultural productivity, supporting infrastructure for water and sanitation goals, reducing indoor air pollution exposure thereby benefiting human health and providing opportunities for education. While the co-benefits of improving achievements in SDG 7 on human well-being are immense, the pathways adopted to realize can also offer a chance to address our climate concerns directly. In line with this, Prometheus, winner of the Multi-Sectoral Partnerships award started their pitch confidently using the slogan “Waste is being wasted” and added “our project attempts to solve major environmental and health problems resulting from large quantities of untreated and illegal dumpsites in the state in a commercially viable, revenue generating model.”

On June 6, the final day of UNLEASH Closing Ceremony, eminent personalities such as President of Singapore Mdm Halimah Yacob; Nobel Peace Prize laureate José Ramos-Horta; Oscar-winning actor and UNESCO Special Envoy for Peace and Reconciliation Forest Whitaker; CEO of DBS Bank Piyush Gupta; and UNDP Innovation Champion Sophia the Robot gave inspiring speeches. We can say that UNLEASH offers young entrepreneurs a space to realize the potential of their ideas along with providing a multi-sectoral approach and by respecting the global cultural diversity. Creating an ecosystem to support innovation will lead to scaling of implementable solutions that will critically address the global challenges around SDG 7 as showcased by UNLEASH 2018!

Kanika Joshi works as a Senior Research Associate with IFMR LEAD in India. Her current research interest lies within youth empowerment and financial inclusion. With SDSN Youth, Kanika is in-charge of the Youth Solutions Report and keeps representing the Global South in several conferences. She was nominated for UNLEASH Lab 2018 with the UN Contingent to facilitate the Energy Track.

Sushil Rajagopalan is a Project Officer for Solutions Initiatives with SDSN Youth. He is currently engaged as Research Assistant with the Graduate School of Sustainability of Arizona State University, where he is also pursuing his Ph.D. in Sustainability.  For past four years, he has been working on projects relating to climate resilient development in South-east Asia with a sectoral focus on Energy and Agriculture.